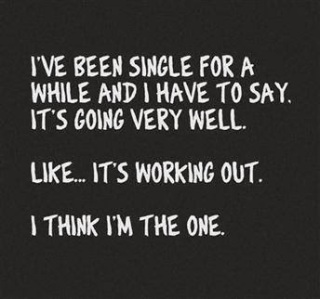 I’ve understood for a long time that one of the interpretations of “love your neighbour as yourself,” is that it’s really hard to project love outwards unless you love and accept yourself first. But understanding it is not the same as feeling it.

The Angel Zoe Kindness Project was inspired by the idea of keeping Zoe’s memory with us by spreading kindness in the world, just as she loved to do. But perhaps the secret in her ability to do this was how she loved herself – a lesson I’m still learning.

Despite the struggles Zoe had in the last few months of her short life due to being bullied at school, and the high expectations she had of herself, I believe she truly knew the value of herself. Once when she was struggling to bike up a hill, I remember her taking pauses, standing on her pedals and each time telling herself out loud “You can do it Zoe!” It struck me at the time how different her internal voice was to mine. Mine would be saying “C’mon, don’t be so useless.” Notice the difference? Suddenly, I did too.

I’ve always used that negative voice to motivate myself. But I haven’t always even noticed it. “Don’t be so lazy, get to the gym!” “You’ve been such a pig! You deserve to be fat!” (not saying this inner voice is logical),  “You shouldn’t have done that – what were you thinking you idiot!” It was not the voice I used with Zoe and I realise now that if some of us spoke to our children and friends the way we speak to ourselves in our head, we would not have many friends left! But becoming aware of it was not enough to change it. That took a few other things (not that I’m claiming to be actually cured, with me and myself now having a starry eyed love affair).

First of all, I think the idea of reaching out through The Angel Zoe Kindness Project, particularly to strangers, pushed me outside my comfort zone. I had to nurture a little belief in myself to do it. It also had me thinking about kindness much more often, and in doing so, I think I started making the effort to not only be kinder to everyone around me, but to think more kindly about them. Where before I might have judged people and their actions a little more, I made it my mantra to “Be kind. For everyone is fighting a hard battle” and consciously try not to. And I found that you can’t actually do this without it rubbing off on how you think about yourself.

The other thing that happened was that shortly after Zoe’s birthday and our balloon release for The Angel Zoe Kindness Project, my boyfriend of two years ended our relationship. I had struggled through the few months since Zoe’s death in a haze, but I had got through them and I had realised that Zoe would want me to reach for joy in my life. This though, felt like the last straw. I dragged myself to work, but came home and collapsed. I spent most weekends in bed, and ate a lot of toast. I struggled to get to the gym and pretty much stopped going. At rock bottom and attempting to heal myself, I found the old way didn’t work anymore. Berating myself, telling myself I was lazy and had no willpower, using guilt to motivate myself just wasn’t cutting it. After a few months, I felt a I really needed an answer and after reading a book called Healing without Freud or Prozac I decided to try a different way.

I started to be kind to myself. Instead of telling myself I was doing badly, I told myself I was coping the best way I knew how. I told myself that I could choose small kindnesses to myself in order to change my situation. I took myself for a night away, read a book in the sun with a glass of wine, soaked in a mineral hot pool, went for a gentle walk around a beautiful peninsula. I told myself I could take small steps and each small step was positive. Choose some healthy meals. Choose to take a slow walk instead of going straight from my bed to the gym. Sit in the sunshine and breathe. If I went to the gym I chose not to tell myself off if I didn’t work as hard as I thought I should. Just making the effort was enough. Many of the changes I made were physical, such as buying some dietary supplements and making sure I got a daily dose of vitamin D in the form of sunlight, but the main change was in my attitude to myself. By about October, I felt nearly human again.

I am not a completely new person. That negative voice is still there. But now when I hear it, I consciously change the record and tell myself something different. So yes, it’s working out between me and myself, and I know I’m the one in a way I never have before. I would say “Hey it only took 45 years” but that would be being unkind to myself. So Happy Valentines Day to me. And I hope to you too.

11 thoughts on “Happy Valentines day to me”